Unfortunately we’re all well aware of today’s situation. It’s hard to pretend like we’re not worried, but it’s also naive to think that a resilient country like ours is going to surrender. We’re not going to stop believing in our potential, not even for a moment, be sure of this. Yes, we’re struggling like everyone, but we’re not giving up.

So, today everything is a bit slow, but until a few months ago we were spinning tops, running around and getting excited about the world. Now that we have plenty of time we want to stop, reflect and tell you all about our last trip to the States.

It really feels like yesterday that we were, together with 200 producers, on the 5th Ave in Manhattan, for one of the greatest wine events of history. 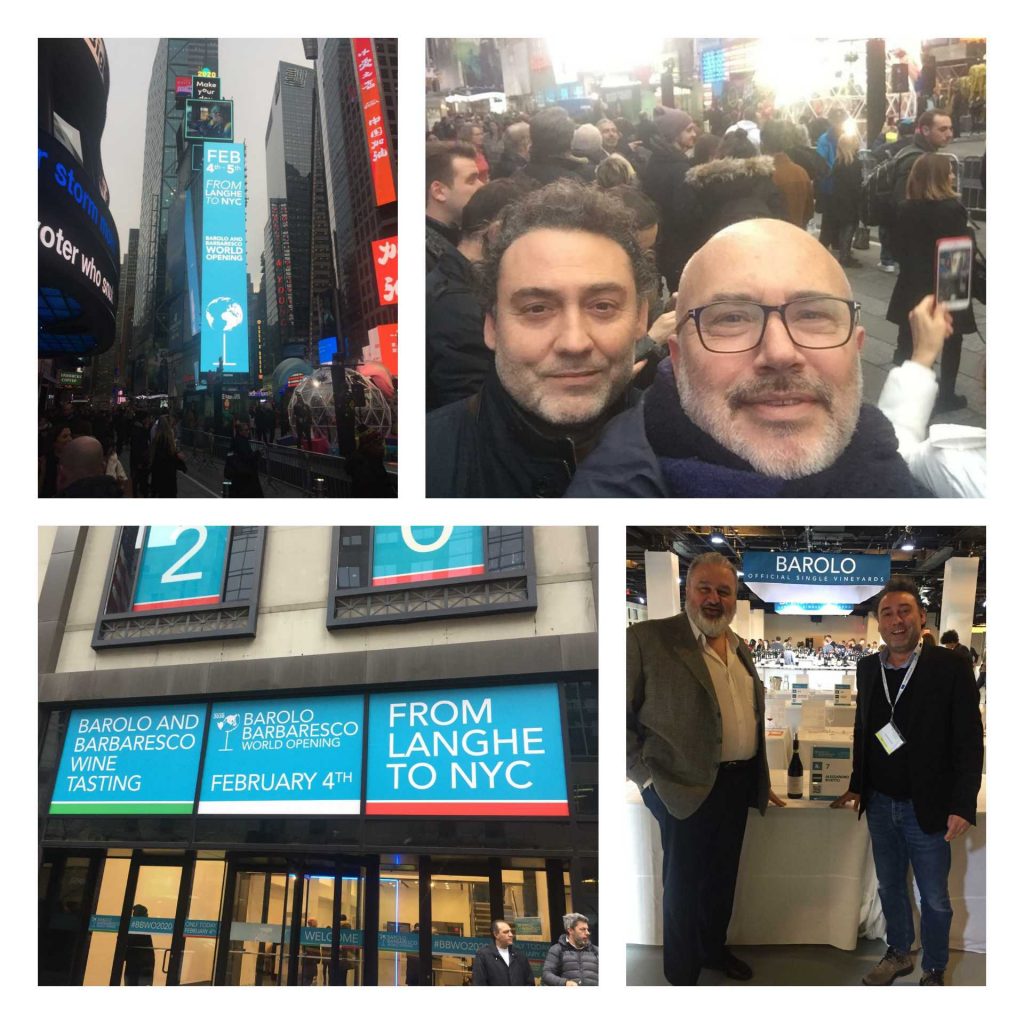 The 4th of February – All together at Center415

Thrill, efficiency, an excellent planning. This is how we feel about the literal “opening to the world” of Barolo and Barbaresco, started the 4th of February in NYC and continued for the two following days with enthusiasm and participation.

This time me and Mauro decided to go together, as a proof of how important it was for our winery to be there.

It’s hard to think of more relevant contexts than the Center415, which got filled up with producers, consumers and wine operators from the whole world thanks to the hard work of the Consorzio di Tutela Barolo Barbaresco Alba Langhe e Dogliani and its president Matteo Ascheri.

In addition to the usual crowd we were surprised to see many young wine fans, who came to discover these two products and their characters. We were right in the middle of it all, surrounded by all the great producers that we personally know and admire.

The flow was constant, with curious and expert people. At our stand we were offering the Barbaresco 2017 and the Barolo 2016, both highly appreciated and complimented by the international public. After the tasting we all moved to Times Square, where the consortium surprised us with the promotion of the event on all the screens. 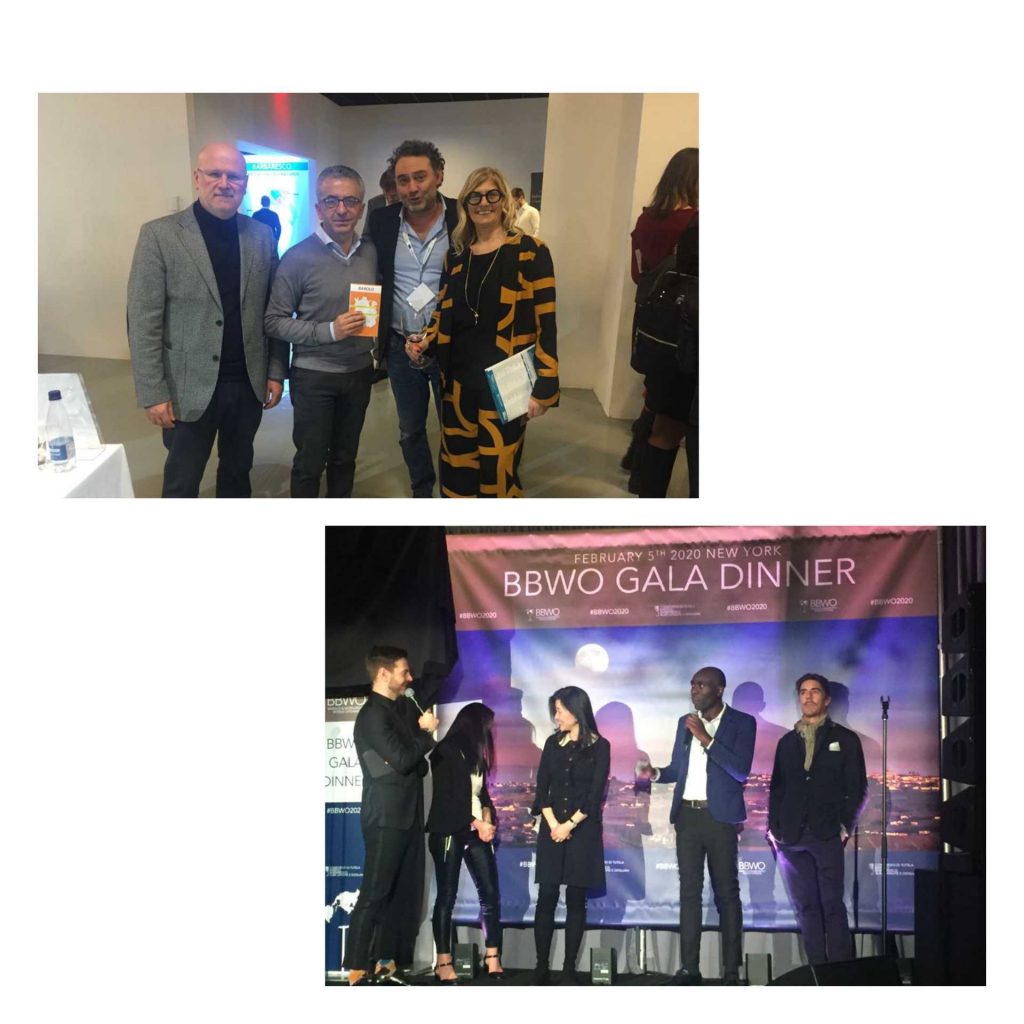 The 5th of February – The gala dinner at the WTC with Bottura, Cattelan and Il Volo

Once again surrounded by all the great producers of Langhe, still thrilled about the previous day’s results, we all shared a starred gala dinner. The cook was the great Bottura, the entertainment by Alessandro Cattelan and the the deep, poethic italian voices were those of Il Volo.

Unbeknownst to us, Ascheri surprised the public with a great speach that – with the mission of avoiding preferencial judgments – asks to evaluate in 100ths the vintage, rather than specific producers names. At the tasting table, the best palates of the 5 continents, selected by the Consortium among masters of wine, critics and specialized journalists. 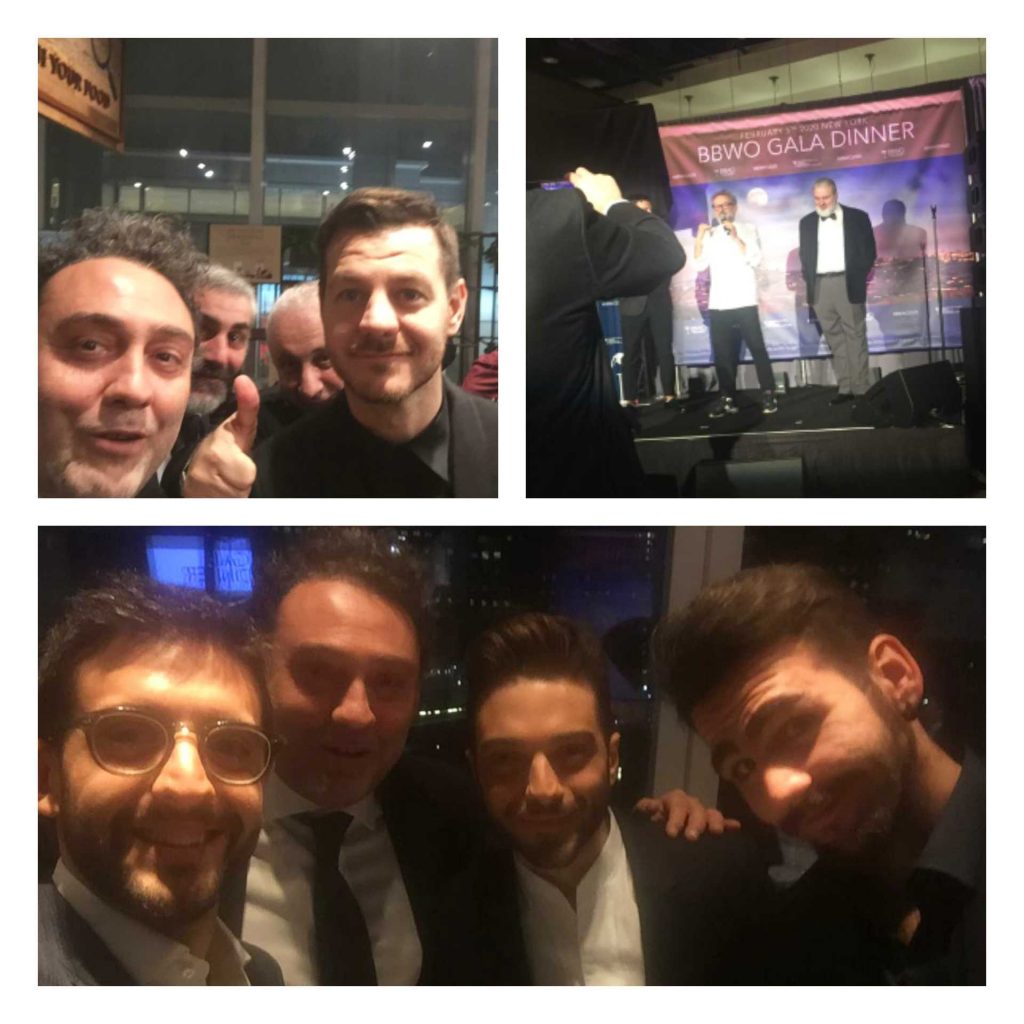 Last day in New York, a load of enthusiasm that we hadn’t often experienced before. The next day we were splitting up, me going to Toronto and Mauro towards North Carolina.

The icing on the cake had to be great as well: once again Italy shook up the Big Apple with an incredibile concert of the trio “Il Volo”, whose talent we’d already had a preview of during the gala dinner.

The Radio City Music Hall seemed and extension of our nation: among the 4000 participants the main language was italian, the strongly americanized one of the NYC colony. The atmosphere was magical, just what we needed to end a perfect trip and the first edition of the Barolo&Barbaresco World Opening.