Every year the harvest period comes with all sorts of memory from the past, stories that slowly turn into images, smells, spaces.

The seventies, my granpa Ercole, an elderly but tireless worker in the company of the neighbours, because at that time they all helped each other. It was a community of farmers, so everyone had some grape to harvest, but there wasn’t any competition if not on the best home made cheese or salami. But that’s a whole different story. 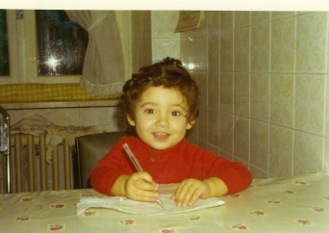 Soups and salads as centerpieces

What I remember the most of the various Septembers and Octobers, more than the hard work and satisfaction of the harvest, are the lunches. They’d start early in the morning between the rows, but at 11 everyone stopped to go eating. We’d all walk in the warm kitchen, heated by the wood stove traditionally called “putagè”, where the soup had already been cooking for hours.

I remember Giacinta, an old lady that lived and worked at our house, that every morning would walk to the garden to collect leeks, potatoes, green beans, salad, the last ripe tomatoes of the season… and then she’d divide the ingredients between the soup and the salad, two main dishes of every lunch in fall.

Whatever wasn’t used that day was cut into pieces and stored in the good old Fiat fridge… the last quality ones, those that would last for more than 30 years with no damage at all. 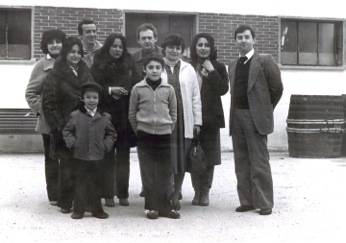 I was only a kid, more or less 4 feet tall, and when I’d run to take a peek at the daily menu I could barely reach the table level with my eyes. There was no need to see it in order to recognize the bread toasting on the stove, with the gorgonzola cheese that someone had brought, that would then melt on the warm bread cuddling everyone’s soul.

There was a lot of poverty, but during harvesting time we’d pull out the richest ingredients and dishes to reward the farmers for their hard work. I even remember that in the last days of this period, around the end of October, the “trifulau” (truffle searchers) would pass in every house selling their products, and we’d make an homelette with 15 – 20 fried eggs so that everyone could have a piece of it with truffle. 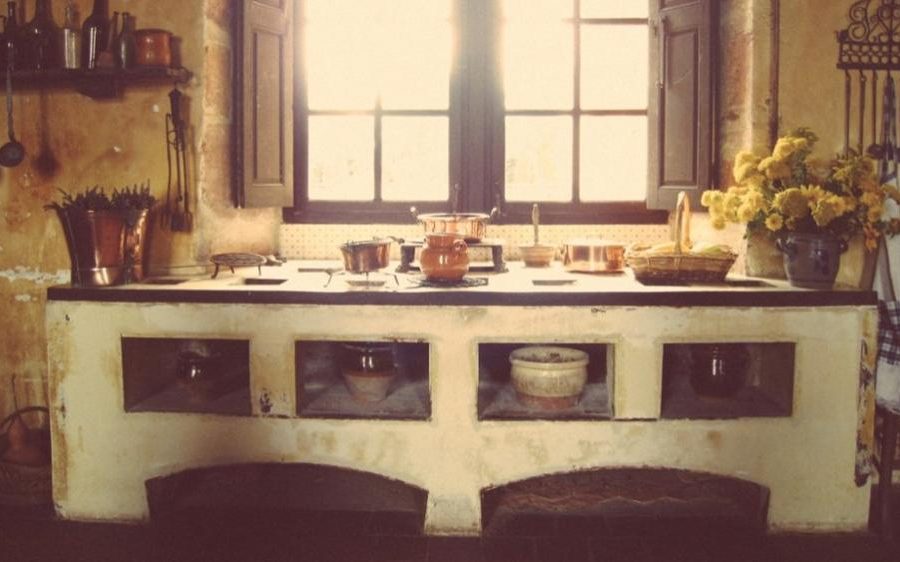 And at the end… “picheta” and coffee

The adults would pair their food with those two-liters bottles of “picheta“, the traditional every day wine that they made with the last round of the press, which would then be diluted with water to make it lighter. On the lucky days they’d give me a sip as well, hiding it from the women. Those who didn’t drink wine would have the fresh water of the well, made tastier by the “Cristallina” of Ferrero.

At the end of the meal we would put the huge moka on the stove and prepare enough for everyone, serving it in the water glasses since the cups were only used on the weekends. Before getting back to work they’d all take a nap in the shade of some tree.

Thinking back to those days I’m surprised by how much those small common habits managed to thrill me. The wine world has changed, becoming richer, but what seems to be lacking now is the emotions, which have been substituted by other priorities.

It was harder, but also easier: men would work hard, but with a simplicity and a sense of duty that gave more value to the small happy moments of the day, like these memories. I invite you to pull out the pictures of those days, look at the dirty faces and the happy smiles and ask yourselves: what is more important? The constant anxieties of today, or the feeling that warm plate of soup would give us back then?